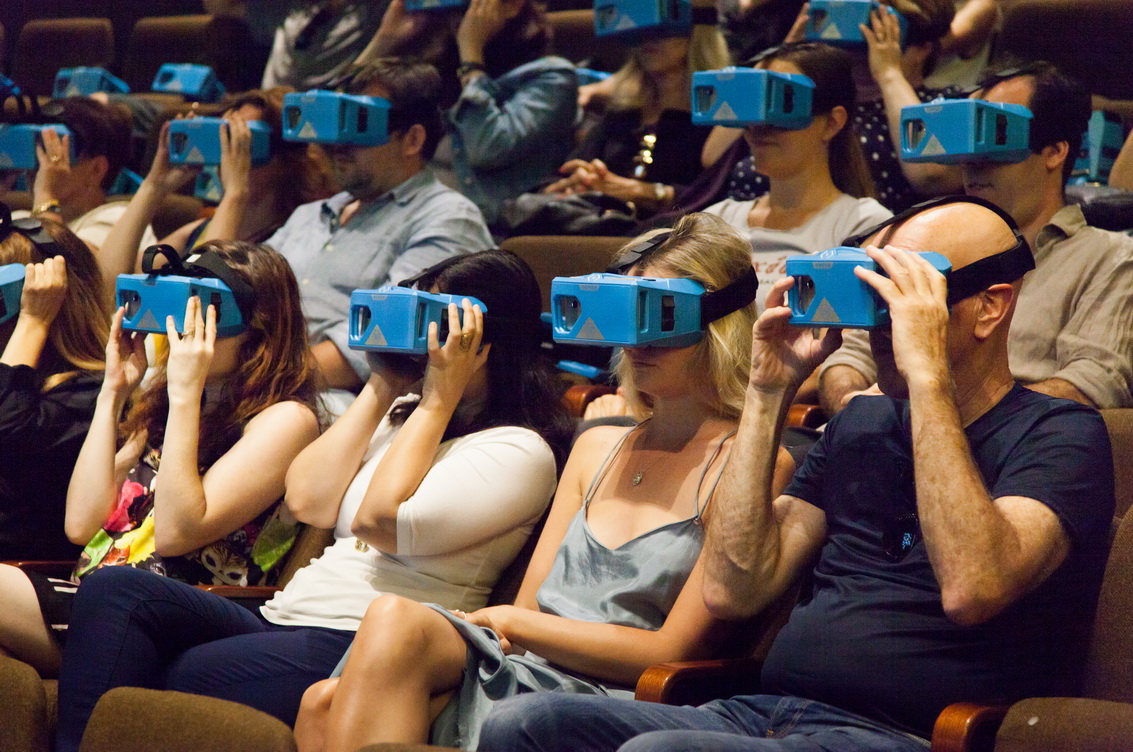 AR Is The Star Of A New Theater Company

A new company based in Tel Aviv, ARShow, has developed a low cost way to use mobile AR technology to augment live theater, concerts, sporting and special events, allowing hundreds of local participants to share precisely anchored images and special effects combined in real time with live performances. I sat down with co-founder and CEO Sasha Kreindlin last month on his swing through New York, where he showed me how the company had augmented The Gesher Theater production of Gulliver.

Gulliver is a children’s theater production. When the audience enters they find a Merge soft headset with a pre-configured smartphone placed in each seat. They don’t wear the Merge the whole show, only when instructed to for special scenes. For some productions, audience members can tune into ARShow’s proprietary wifi network using their own smartphone and download the software. It’s easy to break the fourth wall in a kids show, but much more complex to weave it into an adult theater experience. ARShow integrates with the ubiquitous stage management system Abelton, which means once it is set up, no additional operator or technical knowledge is required. All its cues are in front of the stage manager along with the lights, music, and other time-based events the SM must cue.

Kreindlin was in New York to meet theater companies and producers who have shows that lend themselves to special effects, like Marshall Pailet and Drew Fornorola’s Claudio Quest, a love letter to video games. “This is perfect for us,” director Pailet told me, “because the story literally takes place inside a video game, where the characters have gained self-awareness, but are trapped in the narrow confines of an immutable repeating world.”

My demo included a swarm of bees and wasps from Gulliver. While it was exciting to have wasps all around me, I did experience some latency. That doesn’t happen in a theater where everyone is seated, Kreindlin told me. “It’s not a 2D projection behind the actor, but it’s 3D objects in the virtual space. The entire venue is my platform.”