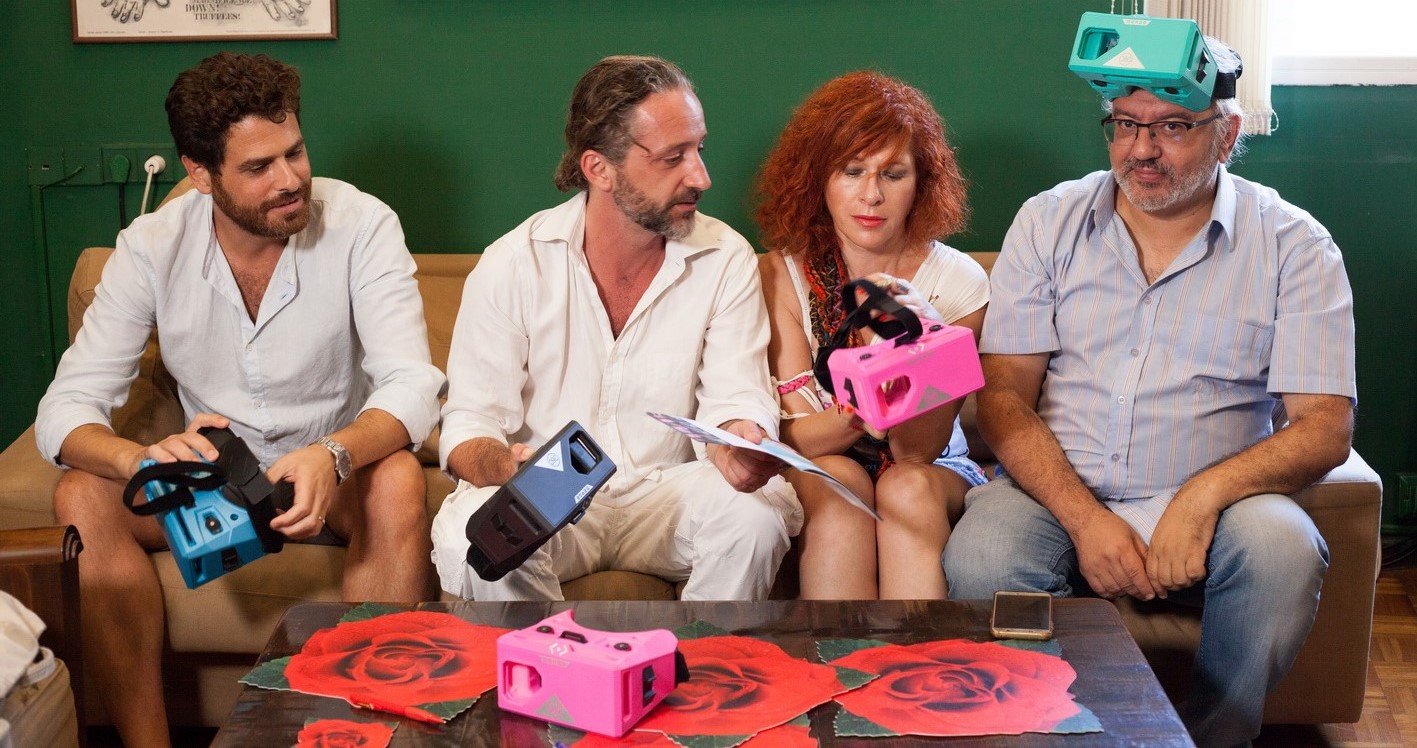 Theater artist Sasha Kreindlin spent about 15 years of his career doing video projections for stage productions, but he always felt like he didn’t get involved in that particular medium early enough. “I was about 10 years too late to the video revolution,” he tells me in a phone interview from Tel Aviv.

That’s a disparity he says he doesn’t want to repeat when it comes to augmented reality—an emerging interactive medium in which computer-generated images are superimposed onto real-life environments. The technology is most known for its use in mobile games like Pokémon Go, but Kreindlin sees it at the next frontier in live entertainment. This week, his Israeli startup, ARShow, announced the launch of a new AR platform and operating system aimed specifically at theaters. The system allows theater producers to incorporate fantastical AR elements and characters into live shows, creating visually stimulating group experiences that are part stage play, part 3D movie.“This is the ideal tool we’ve been waiting for,” Kreindlin says. “It’s not a 2D projection behind the actor, but it’s 3D objects in the virtual space. The entire venue is my platform.”

Theaters have been experimenting with AR for a while now, but the technology usually requires audience members to peer through their smartphones to see the AR elements. ARShow goes a step further, equipping each audience member with an AR headset and integrating the operating system into the theater’s sound system, lighting, and projector. The live actors on stage use monitors to help them seamlessly interact with the show’s AR components.

ARShow has been beta-testing its system at a theater in Tel Aviv, for a children’s show adaptation of Gulliver’s Travels. Kreindlin said the multi-world storyline offers the perfect opportunity to blend reality and fantasy. (Imagine actors being tossed around by a giant cat or running through a field of giant blades of grass.) There’s also the added bonus of young audiences being more open and adaptable to new technology. “We started with kids’ shows because kids already have this at home,” Kreindlin says. “They understand it.”

A FUSION OF ART AND TECH

As someone with a theater-arts background, Kreindlin needed help from the tech community to make ARShow a reality. His cofounders include Simon Litsyn, a computer science and electronics professor at Tel Aviv University; Isaac Barel, a digital designer and the company’s CTO; and Elena Litsyn, a theoretical mathematician. Kreindlin, who is CEO, says the company completed a seed round of funding for the operating system and is now seeking to raise $8 million for its own headsets. In the interim, he says he hopes sponsorships from companies like Samsung will provide the hardware.

ARShow has bigger ambitions than children’s shows, though. The company says it’s in talks with U.S. theaters and production companies in “major markets,” although it declined to name them. Kreindlin says he’d like to debut the system on a mid-size stage off-Broadway, and would ultimately like to move to a larger Broadway venue. That might prove to be tougher than it sounds. Broadway producers are notoriously risk-averse, and most shows already don’t earn a profit, even without the added production expense of retrofitting a theater with unfamiliar technology.

There’s also the question of whether discerning New York theatergoers will see an AR-focused stage show as an affront to the purity of theater—the last refuge for people who want to unplug from technology for a few hours and enjoy a live performance. To that question, Kreindlin cites the early success of Gulliver, which he says is sold out for the next six months. At the same time, he agrees that theaters can be “very conservative” in their approach to new work, and he acknowledges the danger—creatively speaking—of letting special effects upstage the storytelling.

“Everything is a balancing act,” Kreindlin says. “If you get carried away with the technology, you’ll have a bad production.”